Consumer Goods up 12%. Computer Software up 6%. These two sectors are performing better than they did before Covid-19 put the world in lockdown.

Surprised? Shocked? You may be forgiven for having to read that intro paragraph twice. After all, these are hardly numbers that you’d expect to see during a global pandemic.

Can any business sector really be doing better than it was pre-Covid? Yes – because these figures do not come from finger-in-the-air forecasts or surveys.

They’re based on real deals logged in HubSpot. So they’re sales that have been closed. Real money… 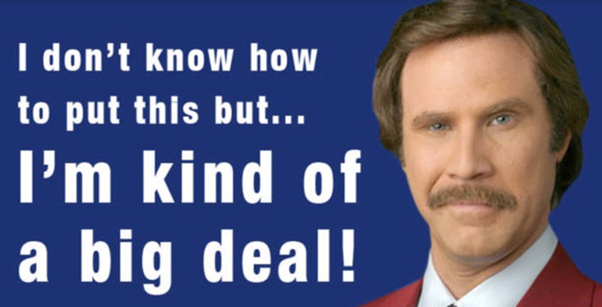 So what exactly is a HubSpot deal? Here’s how the developers of this powerful inbound marketing system define it...

“In HubSpot, a deal represents an ongoing transaction that a sales team is pursuing with a contact or company. It’s tracked through pipeline stages until won or lost.”

HubSpot enables companies to log open and closed deals so they can see:

Winners In The Coronavirus Pandemic

Right now the best performing sector by far is Consumer Goods. The High Street may resemble a ghost town but that hasn’t stopped the masses from reaching for their credit cards to fend off lockdown boredom.

Never mind that they’ll need every penny if the Bank of England’s bleak predictions materialise in full. Right now Generation Lockdown is hitting the online shops hard – notably (and predictably) Amazon. On November 22 2019, AMZN’s share price was $1,745. By May 21 it had soared by 40%. And to think those shares were worth just $1.73 in May 1997.

Amazon’s Jeff Bezos added $34.6 billion to his wealth between mid-March and mid-May. He and Mark Zuckerberg were the two big winners from the 600 US billionaires whose collective wealth leapt by $434 billion during that period.

It feels as if consumers can’t stop spending…no matter what. They’ll brave long drive-in queues for a measly burger. They’ll risk infection on a packed beach to buy an ice-cream. Their panic buying of toilet paper made a swarm of locusts look positively restrained.

Actually, the shoppers did stop spending for a while. HubSpot data shows that deals in the Consumer Goods sector were down by 31% in late March/early April. They sure picked up though.

What a difference a few weeks makes.

No surprises here either. The other big winner has been Computer Software as we’ve all scrambled to replace face-to-face contact with safer online communication.

And its ‘closed deals’ graph hasn’t fluctuated as much as the Consumer Goods chart.

Down 19% (in early April) was about as bad as it got for the developers. Now their deals are 6% up on the pre-Covid benchmark.

That’s only to be expected. After all, Zoom is now the platform du jour – despite concerns over its security. Zoom answered its critics by announcing on May 7 2020 the purchase of encryption specialist Keybase. It did not disclose the purchase price.

Zoom is not messing around. It has a 90-day plan to strengthen security with the goal of developing the most widely used enterprise end-to-end encryption offering.

A quick peek at Google Trends shows how online searches for Zoom absolutely soared between March 1 and April 4. Never was an app more aptly named. Google the definition of ‘zoom climb’ and you’ll see what we mean. 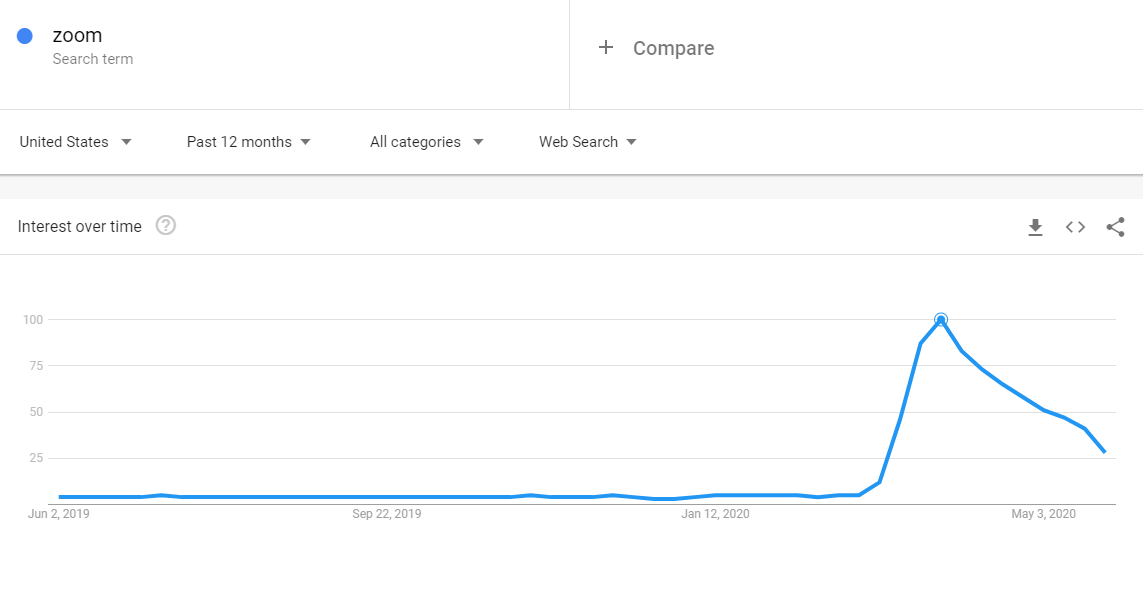 Google meanwhile has added an Add Google Meet Video Conferencing button to its Calendar app – on the sensible assumption that online meetings are the first choice these days. (Can you remember the last time you had a face-to-face meeting?)

Sectors That Are ‘Bubbling Under’

Tantalisingly close to beating their pre-Covid ‘closed deals’ totals are Construction (-5%) and Manufacturing (-6%). If success can be measured by how little you’ve lost then these guys are fighting neck and neck for the bronze medal position.

But their economic reality is much more interesting than a squabble for third place. Remember…all the HubSpot stats you’ve seen so far are for ‘deals closed’.

If you look at ‘deals created’ graph, a different (and more positive picture) emerges for our friends in Construction and Manufacturing.

Look at the ‘deals created’ data:

Look at the amount of measurable business they have in the pipeline. Construction has a very promising outlook. Computer Software – already 6% up for closed deals – is looking to add another 4%. And Manufacturing is looking to cross the 0% threshold.

Ouch! Sectors Suffering The Most

Can you imagine any sector faring worse than the hard-hit travel or entertainments industries for closed deals? Actually there is one…

Human resources – down 47%. Fewer employees on the ground means that fewer HR experts are needed to manage them.

Don’t expect an upturn in demand for HR either. Their ‘deals created’ pipeline is not looking good: down 21%. We dread to think what will happen in August when UK employers start having to contribute to furlough payments. Expect redundancies to rise and HR’s position to weaken still further after that.

Here are the grim statistics for Entertainment and Travel:

Why You Need HubSpot Deals

Deals are a crucial part of the HubSpot inbounding marketing system. They allow you to:

HubSpot deals enable you to map out your sales pipeline in a much more powerful way. Here’s a basic example of the stages:

Every ongoing deal you have will sit in a particular stage of the journey. You can assign it a:

The aim is to move each deal from left to right through each successive stage until it crosses the success line. It’s a smart, simple way to help you convert more of your sales pipeline into real money.

Get Expert Advice On HubSpot

The Deals tool is just one aspect of the HubSpot inbound marketing system. HubSpot is a fully integrated suite of software that will transform the way you attract (and retain) customers and grow your business.

HubSpot is the answer to dramatic changes in buyer behaviour. It will help you to reach and convert the growing number of challenging prospects that don’t want to be sold to.